We Need Our Liberty Bell

March 13, 2020 admin Comments Off on We Need Our Liberty Bell

The Liberty Bell represents our nation’s aspirations.  It’s good to think about it from time to time, especially now, when we need to focus on unity, not division.  Here are a couple of interesting facts about it.

Crack: Nobody knows for sure when or how the crack happened. It’s been the center of much speculation, though, based less on fact and more on symbolism. One theory is that it cracked when our nation divided itself from Britain—during the Revolutionary War.  Another is that it happened during Chief Justice John Marshall’s funeral. Despite little formal education, he rose to have great judicial influence on the direction of our country.

Ring: It hasn’t rung since 1846, during George Washington’s birthday.  Maybe it had done its job.  It was erected in 1752 and first rung when the Declaration of Independence was first read in 1776.  We were totally independent when we had our first President.

Anyway, I think it’s time to cherish such icons as the Liberty Bell and Statue of Liberty, to remember we really are—all of us — “one nation under God,” and we should stop our bickering, hatred, and cruelty to each other and reunite as a nation.

Why Are We Overrun by Immigrants?

June 19, 2019 admin Comments Off on Why Are We Overrun by Immigrants?

A new United Nations report has an answer. It points out that almost 71 million people have left their home countries, not because they want to but because that’s the only way they and their children can escape persecution, violence, and war. That’s approximately 1 in every 108 people living on this planet. We’re seeing them flee to our country, but so are other countries (ask Germany).

What’s wrong with us? Can’t we work harder toward peace? Get rid of world leaders who are egomaniacs, narcissists, power-hungry, greedy, or killing people in the name of God? Can’t we work on ourselves and our attitude of “We don’t care, because we’re fine here?”–an attitue that leads us to complacency and acceptance of violence and hatred we see in our daily lives?

Can’t we remember that, after all, we are a family of human beings?

All the Gods Agree

Wars are fought over religion. The Supreme Being is called by different names. People distrust, belittle, hate, or kill others because of their religious beliefs. Yet, it all boils down to a simple rule that appears in the holy books of all major religions. Some call it the “Golden Rule.” (Put the cursor on the chart and use Ctrl X while scrolling to enlarge so you can see everything.)

1968 and Beyond: God Bless America

It really WAS “the year that changed America.”  While living through it in my twenties, I didn’t realize that, of course.  It just seemed that a whole lot of bad stuff and changes were happening.

I recorded the four-part series “1968: The Year that Changed America” and have just finished watching it.  I realize now that my mind, in its mercy, stretched out all those events over several years rather than containing them in that one actual year.

I realize, too, that 1968 changed not only my country but me, too. I became more aware of the atrocities people can carry out on each other and of the ever-present good people who step in to help victims; of unjust laws and people acting to change them; of prejudice and bigotry and those of all colors who unite to fight them; of senseless violence and people who mourn, then rise to say “Never again!”

Watching “1968” had an odd effect on me.  It saddened me as I remembered my emotions at the time.  And it encouraged me, because it reminded me that Americans are resilient, determined, and caring.  It made me more optimistic as I live through this current turbulent era.

And it reminded me that God truly does bless America, and He does it through us, the people.

If God Doesn’t Care, Why Should I?

GOD DOESN’T CARE SO WHY SHOULD I?  This is an easy attitude to take in our world of suicide bombers, AIDS, crushing poverty, hunger, homelessness, violent gangs, abuse of all kinds, drugs, discrimination, and cruelty.  The answer lies in today’s Thursday Thought, which is an ancient teaching:

Past the seeker as he prayed, came the crippled and the beggar and the beaten.  And seeing them, the holy one went down into deep prayer and cried, “Great God, how is it that a loving creator can see such things and yet do nothing about them?”  And out of the long silence, God said, “I did do something.  I MADE YOU.”

September 11, 2017 admin Comments Off on The Real America

A group of fanatics set about to bring us to our knees in fear.  But instead of creating terror, they unleashed the American spirit.

God HAS blessed America–through its people. 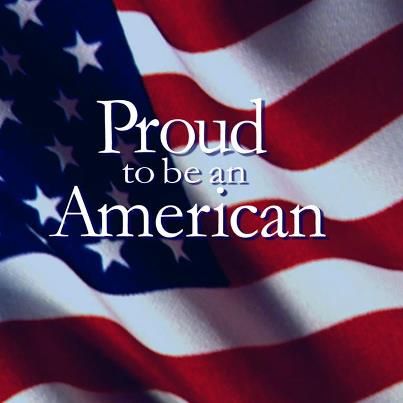 Let’s start the week on a light note.

September 8, 2016 admin Comments Off on A Saintly Idea

MOTHER TERESA, the newest Catholic saint, was blessed with the wisdom to understand life in its most simple elements.   In today’s Thursday Thought quote she describes a philosophy she lived by and that would do us good to remember in this world in which atrocities are done in the name of God (no matter what name He/She is called by):

I’m sorry, but I’m not offering you an informative or humorous blog today.  My heart is too heavy as I hear news of even more human beings being killed by terrorists who have no concept of brotherhood or basic human decency.  ISIS has claimed responsibility for Brussels, which means the perpetrators are once again profaning the name of Allah, whom they claim as their God yet who must be crying tears of sadness and disappointment right now.

In a few minutes, I intend to ask my God–the universal God of mercy and love–to help the rest of us fight this evil of terrorism.