January 31, 2018 admin Comments Off on A Natural Blueblood!

I am constantly awed by nature–its power and beauty make me feel part of something wonderful and real.  If you live in the Western hemisphere, we’re experiencing something that hasn’t happened in 152 years.  The Super Blue Blood Moon is a combination of lunar eclipse, blood moon, and super moon all rolled into one.  Last night it lit up the sky as though it were dawn, and it’s still visible.  Go out and take a look. 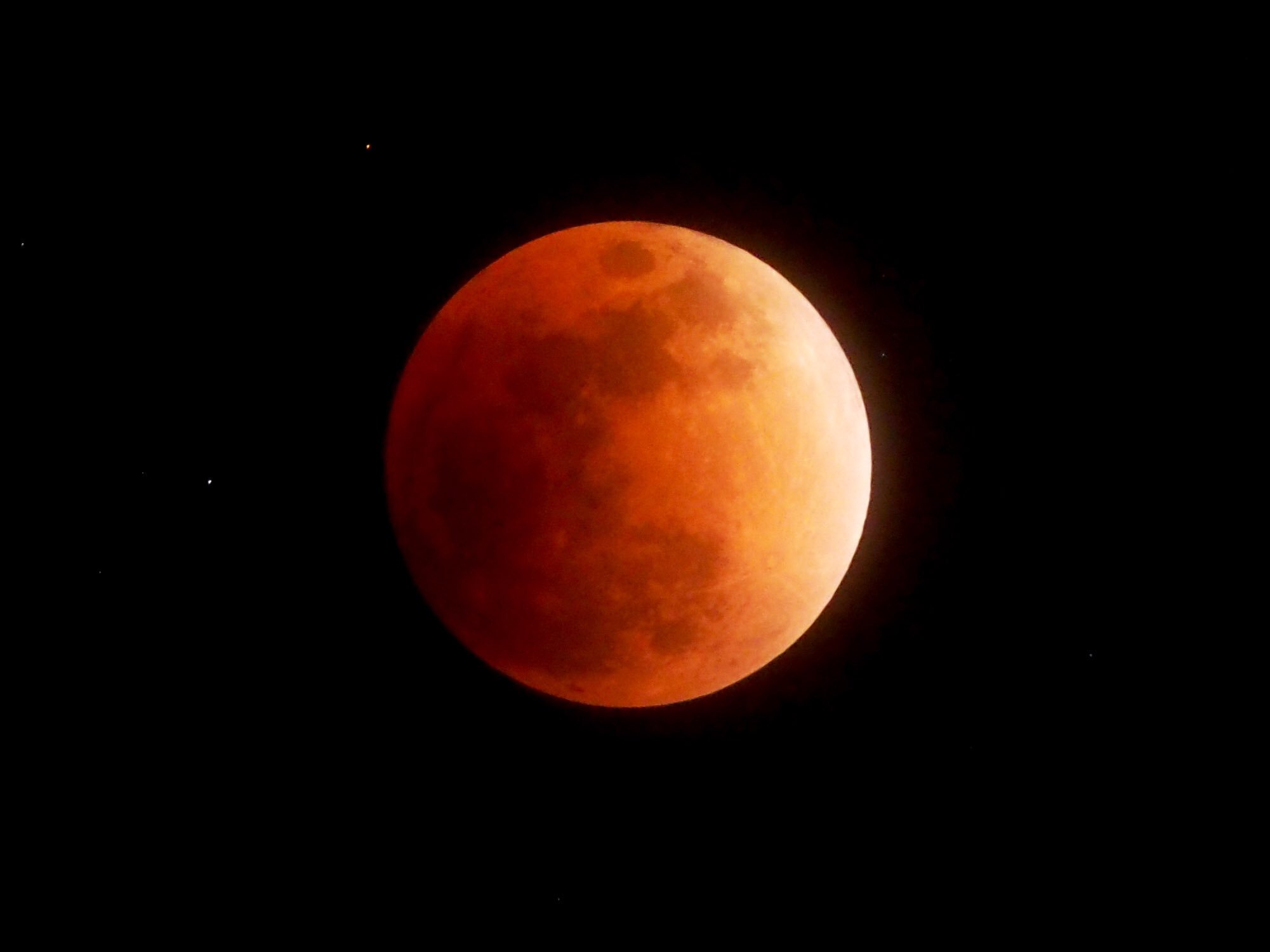 Let’s Vow to Stop the Fight

Too much suspicion, accusations, misinformation, downright lies, doublespeak, truth-hiding, denigrating, vilifying, and just plain nastiness.  No wonder our country is so divided.  We need to stop all of that and reunite!

But will that happen when Muller finishes his investigation and issues a report?  I doubt it.  Because, although Muller has a stellar reputation for honesty and integrity on both sides of the Congressional aisle, his findings won’t substantiate what large numbers of people believe, no matter which way it goes.  Leading us into more suspicions, accusations, misinformation, and the rest of it.

I propose that ALL of us–members of  Congress and the general public–take a vow right now, before Muller draws any conclusions.  That vow would be to accept Muller’s findings, whatever they are, and move on.

What happens when 4-year-olds “invade” a home  for  seniors?  Amazing stuff.  Maybe this is why God created grandchildren?  (Note: THe only sound on this video is background music. so if it doesn’t come through it doesn’t matter.)

Or at least your cap…bottle cap, that is.  That innocent-looking bit of plastic has become a big problem for seabirds (choking them), whales (clogging their bellies), and other animals, plus adding to the Great Plastic Garbage Patch in the ocean.  There are so many of them–they’re the third most common piece of trash people find when cleaning up rivers  and beaches and cost taxpayers millions of dollars to clean up.

There’s a bill in California–AB319–aimed at solving much of the cap problem.  It would require that all single-use plastic bottles have their caps tethered to the bottle rather than being removable.  Experts say it won’t be costly for manufacturers and means that more of those caps will be recycled along with their bottles.

You can help by doing two things:

2) No matter where you live, screw those caps back on those bottles before you toss them into the recycle bin.

A Whopper of an Explanation of Net Neutrality

January 26, 2018 admin Comments Off on A Whopper of an Explanation of Net Neutrality

Many of us are confused by what difference net neutrality makes.  If you’re one of them, take a look at this Burger King video comparing Whoppers with Internet service.  It’s clever and gives a good, clear picture of how much the Internet will cost us unless we have net neutrality, and how, once again, the rich and powerful benefit and the rest of us (especially those with limited finances) are taken advantage of.

If this bothers you, sign the Daily Kos petition to Congress for them to destroy the FCC’s plan to stop net neutrality.

B of A = Bad guys of America

If you are a Bank of America customer who, like many people, does NOT have at least a $250 direct deposit into your account each month OR you can’t keep a constant balance of at least $1500, you’re losing $144 a year.  B of A is now charging $12 a month if we can’t meet one of those conditions.  When we signed on for our free checking account, we met whatever criteria they asked us to meet.  Now they’re going back on their original agreement so they can rake in even more profits.  Yes, there is that fine print that says they can change the rules at their own whim, but bankers assured us that nothing would really change.

Maybe you don’t mind giving them that $12 a month.  Maybe it doesn’t hurt you.  But it does hurt seniors on fixed incomes, sick people who have to scrape together enough dollars to pay medical costs, single parents working two jobs to provide food and shelter for their kids–the poor and vulnerable among us.

That’s just not right.  Tell B of A it isn’t right.  Tell them they need to rescind that decision NOW.  I’m a lucky one because I have a direct deposit.  And I’ve been with B of A for decades.  I won’t be for long, though, if they don’t get rid of that unfair charge.

I was delighted when I ran across this article online.   It’s encouraging to learn of a corporation that feels a responsibility toward people who aren’t even their customers.  And to learn that it’s actually their corporate policy.  (Article copied from this site. 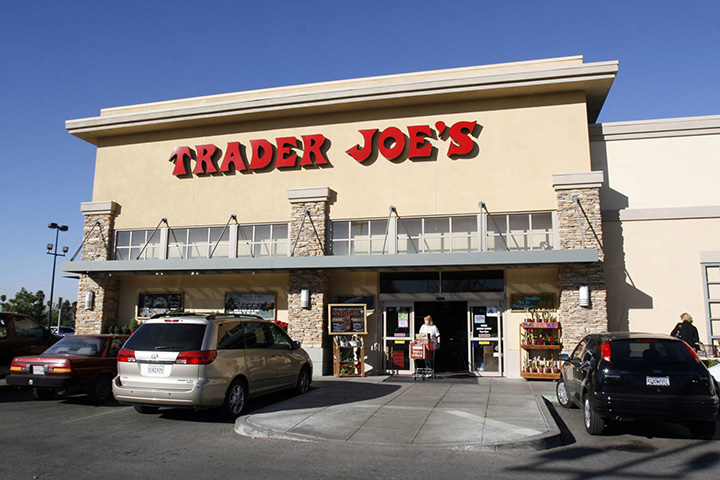 A Trader Joe’s store in Kalamazoo, Michigan, donated 35,000 pounds of food to a local shelter after their refrigeration system went down Wednesday morning.

The grocery chain delivered the food to Kalamazoo Gospel Mission which says the donation is the largest donation they’ve ever seen.

“Everything that we deem is able to be consumed safely we donate to our neighbors and we’re really happy to participate in helping the community in that way,” Sorscher told FOX17 News.

“They just really exemplified a culture of generosity and we’re just so thankful for them,” said Greg Weaver, the Director of Food Service at Kalamazoo Gospel Mission.

Keep the flu out of your home. Not worried? You should be.  The CDC says that all states except Hawaii are suffering widespread flu, and the season will continue for at least a couple more months.

This morning, Morning Express on HLN (Headline News) had an expert who offered specific measures we can take BEFORE the flu invades our homes and families.  They’re worth repeating here. (Parentheses are my additions.)

My main chore today is to flu-proof my home.  Please do the same, dear readers.

January 19, 2018 admin Comments Off on Breach of Contract?

I was thinking about those problematic DACA kids  Yes, they were brought here with no say in the matter when they were very young, but, yes, they are here illegally because their parents came her illegally. Yet, consider this: our government told them that they could stay in this country indefinitely if they admitted to their status, signed up, gave their personal information, and paid a fee.  Thus, they became DACA kids and could continue with their college and employment and life out in the open, without fear of discovery.

Let’s see.  The kids did what they were asked, and the government accepted their money for it. The agreement was completed.  Isn’t that a signed, sealed, and delivered CONTRACT?  It meets the criteria for a contract.

My question is, then, if a DACA kid is deported, can he sue the U.S. Government for breach of contract?

A Taxing Situation, with a Bonus

January 16, 2018 admin Comments Off on A Taxing Situation, with a Bonus

AT&T will give one-time $1000 bonuses--and no wage increases–but to a maximum of 200,000 employees (how many will really get it, and will they be mainly everyday workers?).  Meanwhile, they’re laying off 600 workers (to start with?).

Comcast says it, too, will give %1000 bonuses, to “eligible frontline and non-executive employees.”  Sounds like the worker bees will be getting the money, but do they fall into the undefined “eligible”?

By the way, both AT&T and Comcast have already announced broadband and cable TV price hikes for us starting soon.

Others who have announced coming $1000 bonuses (without much detail) include Bank of America, Nationwide Insurance, JetBlue Airways and US Bancorp. Everyone is jumping on the bandwagon in light of their corporate tax cut from 35% to 21% under the new tax plan. These, too, are one-time bonuses, not the pay raises that proponents of the plan promised would result.

Then there’s Walmart.  They’re raising pay to $11 per hour and giving bonuses to some of its workers–and laying off thousands of workers as it closes 63 Sam’s Clubs.  And they’ve just announced layoffs at their Walmarts.

Note that these bonuses cost the corporations far less than pay raises would over time. This year, they’re a boon to the worker, although he’ll be taxed on the bonus, and a tax write-off for the companies. The following years the companies continue to enjoy their decreased tax burden, but what about the worker, who doesn’t see another bonus or pay raise?

Is this really a beneficial result of the new tax plan or actually a PR sleight-of-hand?