September 30, 2014 admin Comments Off on “Indian Summer”: Not a Slam, Just Misunderstood

If you’re anticipating a series of hot days coming soon, don’t, as some are doing, call it an “Indian Summer.”  Not because it’s “anti-Indian.”  In fact, one theory about the origin of the term is the early Algonquian tribes, who believed such heat was due to one of their gods, Cautantowwit, sending a warm wind.  (A bit of trivia you can work into any conversation…or not!)  More likely, especially here in America, the term began with our early New England settlers, who were constantly battling the local Native Americans.  In late October, though, the weather was so cold and blustery that the settlers could even venture forth from their stockades and leave their weapons at home.  Until or unless the weather suddenly turned warm, in which case the weather-forced “truce” was off and the settlers again had to defend themselves.  Thus the term “Indian Summer.”

The real reason we won’t be seeing an “Indian Summer” next week is that the conditions and timing are off.  To be a true Indian Summer, according to The Old Farmer’s Almanac, “the atmosphere during Indian summer is hazy or smoky, there is no wind, the barometer is standing high, and the nights are clear and chilly.” The Almanac also declares that the warm days happen after a hard frost or period of cold weather, and occur during a specific time, November 11 – 20.  So it’s too early.

Who cares what such beach-and-picnic weather is called or when it happens?  Just enjoy it!

September 29, 2014 admin Comments Off on New Political Party Worth Considering

Tired of the Democrats, Republicans, and other political parties, including the semi-Republican Tea Party?  About a year ago I proposed an alternative, and today–National Coffee Day–is the perfect time to propose it again.

Join our Coffee Party.  We’ll offer alert, robust candidates who have never bean influenced by special-interest drips, intelligent men and women who let an idea percolate before making a decision.  In fact, Juan Valdez, an excellent example, heads our Board.

We’ll energize American politics and fill all American’s empty cups with hope.  We’ll stop trouble before it begins to brew.

So, wake up, Dear Reader, and join our grande Coffee Party today.  You know you won’t be able to sleep until you do.

Explain to Me Why We Have to Pay

September 26, 2014 admin Comments Off on Explain to Me Why We Have to Pay

Can you explain something to me, please?  When my father needed a new oven in the family bakery he saved up and bought it himself.  When my son’s handicap equipment sales and service shop needed painting and plumbing repairs, he paid for it himself.  When I needed updates to my computer and printer so I could carry on my writing and editing business, I used my own money.  None of us went to our customers and said they had to chip in.  And why would they, anyway?

Yet, our gas and electric company is seeking a rate hike–which the PUC will probably give–again–so they can repair and upgrade the pipes that carry their product.  In other words, we customers will be the ones paying for their repairs and upgrades, not the shareholders or the company itself.

September 25, 2014 admin Comments Off on Greatest Threat to Earth

Now for this Thursday Thought: 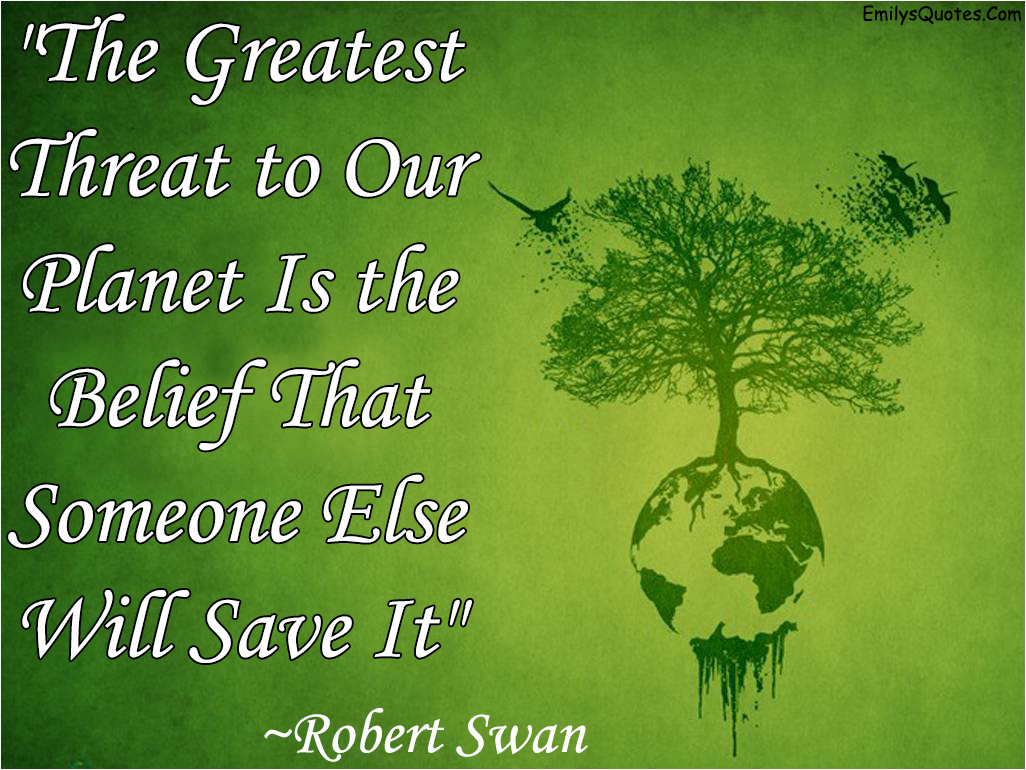 September 24, 2014 admin Comments Off on Positive “Prank” on Homeless

Here’s an interesting video–a prank played on a group of homeless people.  This isn’t the usual informative video–except for the first minute.  Rather, it’s a people video.  Take a look.

So many people say that God has told them what He demands to be done in order to honor and obey Him: kill all non-believers; convert people to your concept of Him, and do so by whatever means necessary; enslave people of specific ethnic groups or gender; kill people who kill others (except, of course, when in the process of “cleansing” the Earth); occupy land because He promised you a homeland, then proclaim it as the specific location He promised; treat people of different religious beliefs as inferior and misguided; and interpret the Koran or Bible or whatever your holy book is to support such actions.

Well, God talks to me, too, and I hear Him saying this:  What I really want is peace among all My children.   Grow up, people, and work on getting along rather than destroying My creation!

It’s a little confusing, but it had to happen–pendulums being pendulums.  It seems that people are discovering that all those tax cuts and breaks for the wealthy are destroying their middle-class everyday services, such as police and fire protection, schools, and libraries.  They want those services and are willing to pay for them.

This is leading to a new attitude: anti-anti tax cuts.  It’s so serious in Kansas, a staunch Republican state, that people are saying they’re ready to vote in a Democrat for Governor so they have a chance at recovering the services they want and need.  Kansas farmers are really upset, but many other citizens are also watching their state go broke.  They see less and less money coming into the coffers while all the belts have been tightened so far they’re binding up people’s vital internal organs.

The anti-anti tax cut attitude is spreading.  It will be interesting to see how many of the 30 states currently with Republican governors stay Republican after the next election or if that party decides it would be wise to pull back on their current tax stance.

September 19, 2014 admin Comments Off on IPhones and Irony

I wonder if Tim Cook appreciates this irony: People have been standing in line for days waiting to buy the iphone 6.  While in line, they’ve struck up conversations and made new friends.  In other words, they’ve been aware of others around them, actually communicating with people…as they wait in line to buy a device that limits both of those activities.

The Most Important Change a Person Can Make

September 18, 2014 admin Comments Off on The Most Important Change a Person Can Make

The author of this short Thursday Thought is unknown, but the idea makes a lot of common sense:

“The most  significant change in a person’s life is a change of attitude.  Right attitudes produce right actions.”

A Law to Save Children and Adult Lives

September 16, 2014 admin Comments Off on A Law to Save Children and Adult Lives

CA has just passed a law that other states should have on their books.  That is, schools must now stock epinephrine pens for students and staff who suffer a life-threatening allergy, such as the common ones to peanuts and bees.  Every second counts when the potentially deadly allergy symptoms appear.  911 is great, but an ambulance takes time to arrive.  People who know they have these allergies should carry epinephrine, but what if they forget or lose it on the playground or haven’t replaced outdated medication?  Accidents happen.  Schools should be prepared for all emergencies, including this one.

If your state doesn’t have this law, you can get the ball rolling by promoting one.  For help (and to see if your state does have this regulation or is considering it), go to http://cqrcengage.com/aafa/epinephrine.

This is important to the lives of our children.  Go to that link NOW and get started!